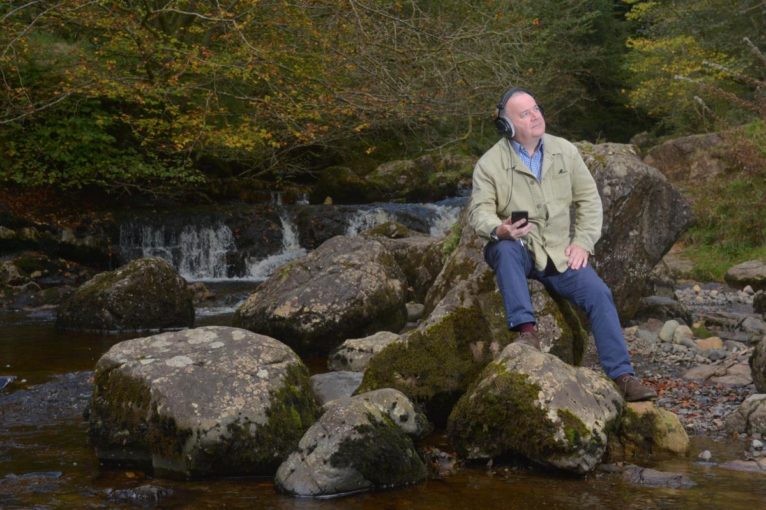 Andy Lownes may have an intriguing job title but his mission is actually very simple. Working for the dementia charity Playlist for Life, the Music Detective wants to provide the tools to unlock the unique power of music to help those living with dementia.

Writing for The Herald, he explains …

I STUDIED mining engineering when I left school, but it wasn’t for me, and instead trained as a mental health nurse in the early 1980s. I worked with older people, mainly in dementia care.

I was very close to my grandparents, but they were a poorly served part of the population. My grandmother was 89 when she died, and was diagnosed towards the end of her life with dementia. She was a great storyteller and I loved asking her about growing up in Everton and her stories from the war.

I eventually moved into academia, training nurses at Glasgow Caledonian University’s School of Nursing. There I met Sally Magnusson. She and her family had nursed their mother, Mamie, through dementia, and they used her favourite music and songs to help comfort their mother, and to connect with her.

Sally wanted to know whether they’d just been lucky to find something that worked with their mum, or whether there was something generalisable about the idea. She was writing her memoir, Where Memories Go, and needed to research evidence that it worked. She asked if I’d be interested in doing the research and I told her no – we didn’t need research. We just needed to show it worked. So we did.

We first worked with Craigielea Care Home in Renfrew, with a couple called Harry and Margaret. Harry had dementia and had stopped speaking. But through hearing personally meaningful music, he began to talk to Margaret again for the first time in six months. They sang The Commodores’ Three Times a Lady, which was their song, and Harry even began to eat and drink again. Imagine the impact it had on Margaret’s life.

We hadn’t intended to form a charity, but we realised we had something that worked. We established Playlist For Life in 2013 and set about achieving what some might consider an impossible mission – that everyone with dementia has access to a Playlist for Life.

It requires a lot of awareness raising, but we’re spreading that message across the UK; it can be a life-changer if you’re living with, or living with someone who has, dementia. A senior academic said to me recently that the research we need is around why people don’t already know about this, not what effect it has. It’s a simple tool and it’s common sense – but common sense isn’t always common.

As the Music Detective I give people the tools to help access the essential uniqueness around an individual with dementia. I tell people about the “memory bump”, the music in their lives between the age of 10 and 30, when we store more memories than any other. I tell them about “identity tracks” and “inheritance tracks” – music from our culture, our upbringing, music inherited from people around us.

We’re based in Glasgow, but I’ve toured England, Wales, Ireland and all round the highlands and islands as the Music Detective. I retired from nursing a few years ago, but I’ll go anywhere to speak to anyone to get this message out. Playlist for Life has a growing number of Help Points around the UK, and we’ve launched Musical Teas, encouraging people to get together over a cuppa to talk about their personal playlists.

I’ve converted my garage into a studio where I record our Playlist for Life podcasts. There’s even a cartoon character of the Music Detective. I was a bit embarrassed by the name when it was first suggested years ago, but people get it. When I do my talks now, I say: “Hi, I’m Andy. I’m the Music Detective.” Nobody laughs, so that’s all right.