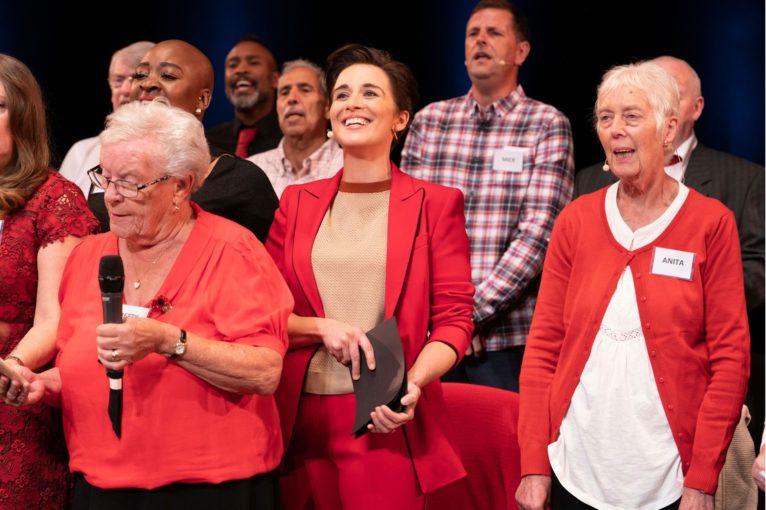 After watching her grandmother struggle with dementia, the Line of Duty star formed a choir to prove the value of music as therapy... 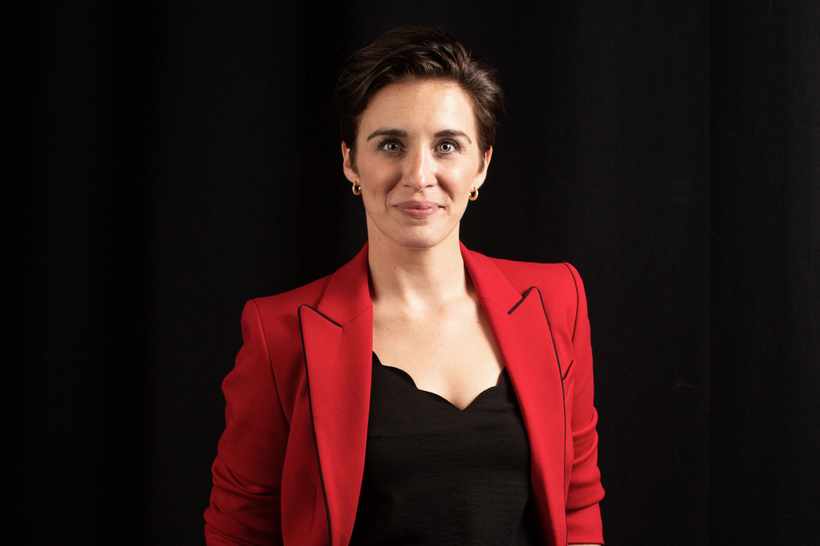 As a line of dialogue it could have come straight from the mouth of Vicky McClure’s Line of Duty character Kate Fleming. “We’ve got each other’s back, so we’ll be fine,” she says with confident conviction. But McClure isn’t seeking solidarity with her mates in AC-12, nor is there any dramatic bravura attached to the sentiment.

Instead they are words of gentle encouragement to a 50-year-old woman with dementia trying to learn – and remember – the lines of a song the pair are preparing to duet on.

These days Julie can’t remember what she’s doing from one moment to the next. “I don’t know how long I have got to remember things, so I need to pack in as much as I can,” she says of her reasons for joining a choir made up of people with dementia, formed by McClure in her home city of Nottingham for a new two-part BBC documentary, Our Dementia Choir.

McClure’s reasons are also personal: she lost her grandmother Iris to dementia in 2015. Now, she wants to bang the drum about the benefits music can bring to people with dementia.

“I watched my nana being taken by dementia. I watched her personality slowly fade away – it’s one of the hardest things to watch a family member go through. But I also saw how music helped, changing her mood and, for a while, bringing us back the old Nana.”

The youngest member of the 20-strong choir is 31, the oldest 87 – what connects them is a desire to find new purpose in their lives and help science understand better how music can help reawaken dementia-affected brains.

McClure herself underwent a brain-imaging scan to illustrate how music affects neurological activity. As low-intensity sounds were played through her headset there was patchy acknowledgement of what she was hearing. But when her favourite Beatles song In My Life was played the sensory parts of her brain became stimulated, illuminating the scan with colour. The song takes on an anthem-type status for the choir for obvious reasons. Just take a look at the lyrics:

There are places I’ll remember

All my life, though some have changed

Some forever, not for better

Some have gone and some remain

All these places have their moments

With lovers and friends I still can recall

Some are dead and some are living

In my life, I’ve loved them all.

John Lennon and Paul McCartney’s words had a tearful resonance for some of the 20-strong choir and their loved ones. “It’s too close to home,” sobbed the wife of one of the singers.

The choir will work with Professor Seb Crutch of University College London as part of a three-year research project into the benefits of singing for brain health. But even at this stage he’s in no doubt about its value. “We really do need to roll this out, because it is proven that it does have an effect on people’s lives.”

And if it isn’t too crass a cliché, those words are music to McClure’s ears. “I think raising awareness and just telling your story is hugely important,” she says. “When you know somebody’s going through this with you, you feel less alone, and that’s what happened with the choir. 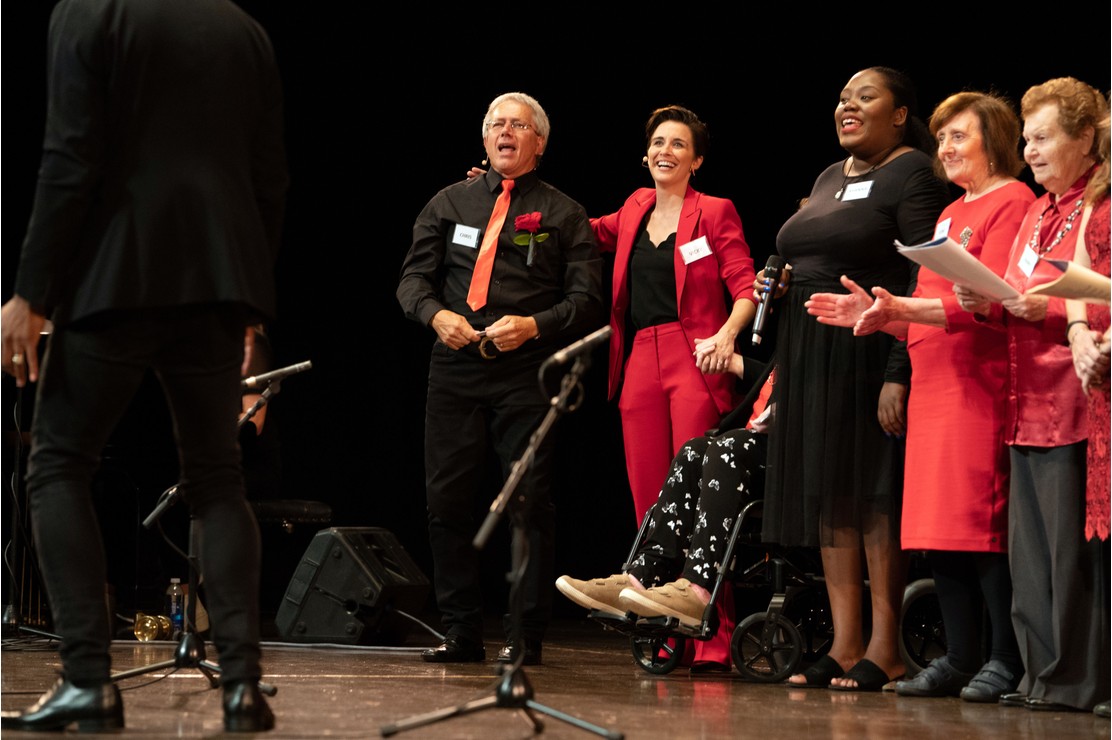 “Music to me is as powerful as a drug. There isn’t medication to stop dementia, there isn’t anything currently to cure it, it’s about trying to live well with dementia. You will see the benefits of music on your family with your own eyes – you only have to put on their type of music.”

The choir spent 12 weeks in rehearsal, preparing for a performance at Nottingham’s biggest venue, the Royal Concert Hall. Some found it daunting, others were exhilarated by the prospect. McClure, 35, who radiates down-to-earth likeability, was there to comfort and gently cajole, and while she tried to remain emotionally detached, the tears flowed freely.

“At first I was doing all right, I wasn’t massively affected. Nobody seemed to me like they had dementia, they weren’t walking around saying they didn’t know who they were any more. And then one day I got back and I just lay on my bed and cried my eyes out.”

Though the film was finished last year, McClure has remained friends with many of the choir members. “I stay in touch with the choir all the time, we’ve got a very funny Facebook group that everyone’s very active on. I went to see Daniel and Jordan [a young couple with twins] in their house for a coffee a couple of weeks ago. We all live in Nottingham, so it’s easy, and they’re the same age as me so we formed an ordinary friendship.”

But the savage onslaught of dementia means that some of the connections she’s made have already been eroded. “Quite a few people are in homes now and some are deteriorating quite rapidly,” she says. “They still meet and I went to a singing session two weeks ago and saw some of the members and it was quite frightening because I can tell when people recognise who I am, and I can tell when they’re just being polite. It’s horrible, it’s really, really hard.”

But her very personal understanding of dementia means her work continues beyond just making and publicising her film. “I want to keep going, I’m not going to make one two-part documentary and leave it there and say I’ve done my bit for dementia. There’s loads more to be discovered. The music side is the core of the show, and those living with dementia will tell you in their own words that it’s changed their lives, but the science side is crucial, too, because we don’t know what we might find, and we said that from the start. We had to give it a go.” 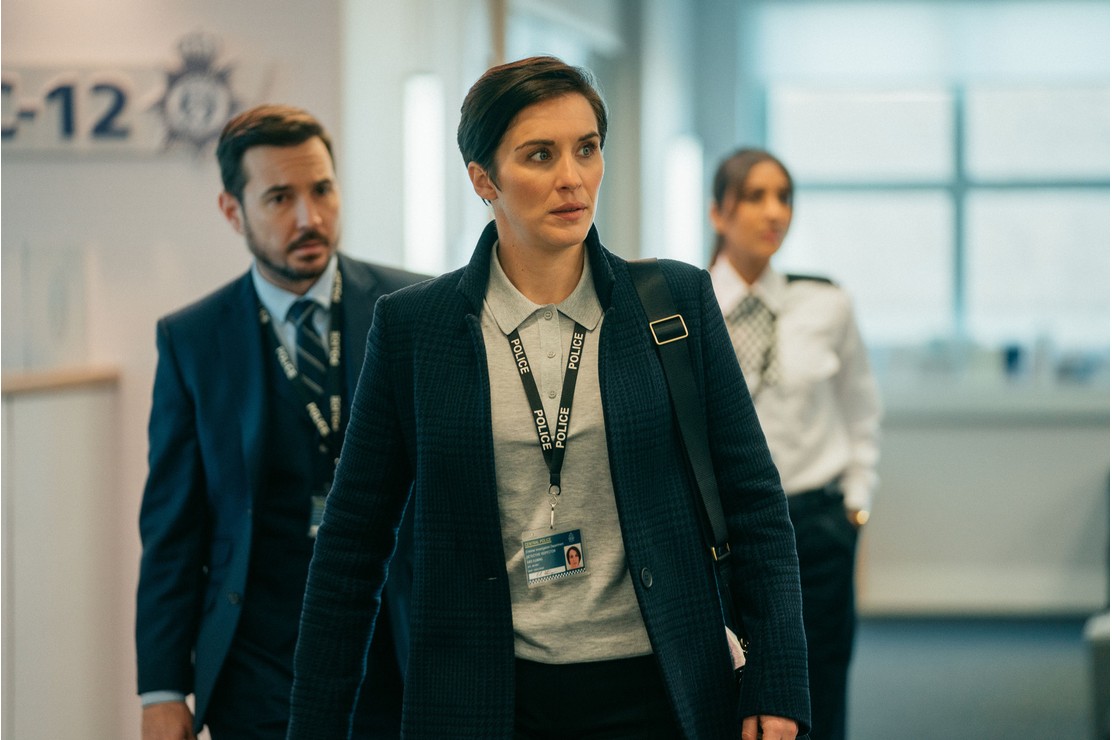 Giving it a go for McClure means lobbying for more research and more money. “The statistics for people doing music therapy in care homes is very low. That is something I would really push.

“It’s clear that the Government don’t put enough funding into research. I am passionate about looking into that. It’s free to sing but to have a routine, to get people from A to B, providing tea and coffee, just the simple things, isn’t free. It has got to happen now on a realistic scale all over the country. It can be cheap and manageable and we have to work out ways to do that. I can’t do it, I need the backing of councils and government.”