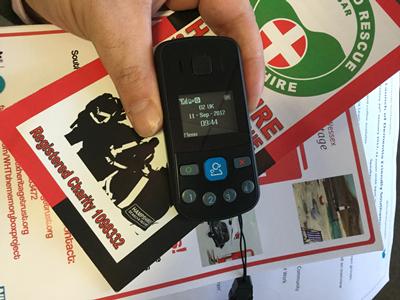 Researchers at the University of Southampton have concluded that location tracking GPS devices can play a significant part in helping people with dementia stay safe and continue to live independently.

Becoming disorientated and getting lost is a common problem in people living with dementia. As many as 40% of those diagnosed get lost at some point, with some doing so repeatedly, doubling their risk of admission to long term care. Frighteningly, half of those who go missing repeatedly for more than 24 hours are seriously injured or die.

The Southampton based researchers brought people with dementia, their families and carers together with police officers, charities and researchers, to assess the need for, and the impact that, GPS trackers could have on the lives of people living with dementia.

Dr Ruth Bartlett, who led the study at the University explains:
​
“With increasing numbers of people with dementia living at home and increasing acceptance and usage of digital devices, the use of GPS technologies (amongst others) is likely to expand rapidly."

“We have been able to show that people who saw a direct benefit to using the device were more likely to want to use it and valued using it.

However, it is clear that people need technical support to use such devices and a lot of information can be gained from going out walking with the person. GPS is not failsafe but it can help locate a person quickly and subsequently saves lives.”

She added that giving location devices to people with dementia would enable them to have greater freedoms and more independence, while providing reassurance to their families and carers.

The study, which was funded by the Alzheimer’s Society, also involved Hampshire Constabulary which had already completed its own project, Operation Magnet, using GPS trackers to safeguard people with dementia.

After a year’s trial in Southampton,Operation Magnet was originally rolled out in areas of Hampshire in 2016. It proved successful  in keeping vulnerable people safer, and in 2017 was adopted by public protection and care services in the Southampton area.

Detective Chief Inspector Dave Brown, from Hampshire Constabulary commented,
​
​"As a result of the scheme, we have seen a 65 per cent decrease in the number of people who were given the device being reported missing to police. This research shows that GPS technology can have a positive impact on people living with dementia.

“The technology can help families and individuals make informed decisions to help mitigate the risk posed to people with dementia, and also allows for independence to be maintained whilst giving carers peace of mind.

“Further to this, we have the added advantage of being able to quickly locate a missing person who could be at real risk.”

The researchers believe that introducing devices at a time when a person with dementia is able to appreciate the benefits and consequences of carrying the device, and at a time that will allow them to get used to using the device so it becomes a habit, could save lives.

Using GPS technology is an acceptable adaptation to aid location for people with dementia, their family caregivers and the police, the report says. 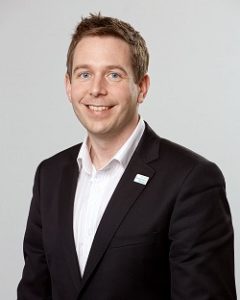 “We funded this research to help the 850,000 people living with dementia in the UK, many of whom have told us how much it means to them to keep their own sense of independence. GPS tracking in dementia has previously been considered a contentious issue, but by listening to the views of people affected by the condition, as well as clinicians and emergency services, researchers on this study concluded that GPS devices can save lives.

“It is ultimately a personal decision, but we recommend these technologies are discussed as early as possible after a diagnosis, to ensure the person living with dementia is able to give informed consent and, if they wish, begin to use, and benefit from these potentially life-saving devices as early as possible.”