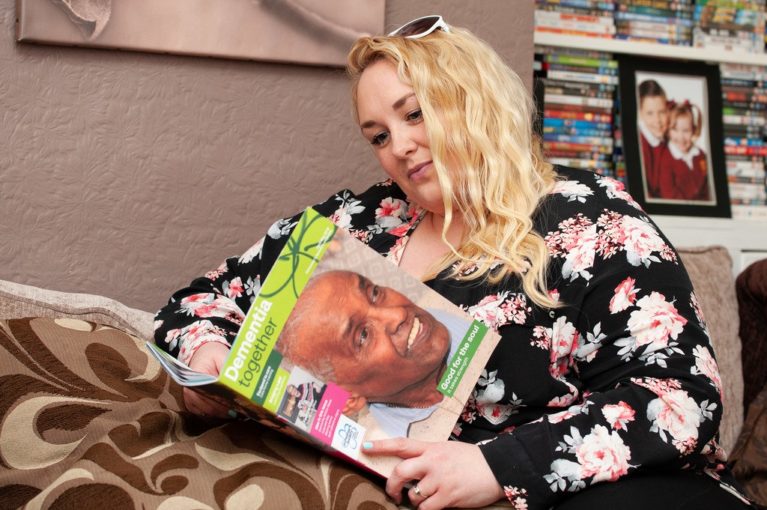 This spring, the Alzheimer's Society launched a new name for its bimonthly magazine - Dementia together. The magazine features a host of informative and inspiring true-life stories and is aimed at anyone and everyone affected by Alzheimer's or the other many varied causes of dementia.

The Alzheimer's Society explains...."We wanted a magazine name that makes clear that it’s packed with inspiring and informative real-life stories and ideas for everyone in the dementia movement and anyone affected by the condition.

This includes those of you who fundraise, join our campaigns, become Dementia Friends or help to make your communities and organisations more dementia friendly, as well as people with dementia and their families, friends and carers."

"Our old name, Living with dementia, served us well for many years, but people told us it sounded like a magazine that was only for people directly affected by dementia.

Although our articles are really useful for people living with a diagnosis or caring for someone who is, the stories and ideas in every issue also help supporters and activists of all kinds to keep in touch and involved.

Because we wanted to get our new name right, we involved over 500 people affected by dementia, Dementia Friends Champions, volunteers and fundraising supporters in choosing it. It took over 10 months to collect ideas and to test a longlist and then a shortlist with groups all over the country and online."

"We’re really pleased with Dementia together as our new name – it was the one that lots of different groups of people said they could get behind and be inspired by.

If you haven’t read our magazine, then now’s the time to fix that – call 0330 333 0804 or sign up online to get six issues over the next year. There’s no fixed subscription fee, but we ask people to consider making a donation."